Our new recipe for Apple Cinnamon Roll Coffee Cake was so scrumptious, I decided it needed apples in the icing.

This is a first for me but I created this Apple Cream Cheese Icing to top it off and it was amazingly delicious! 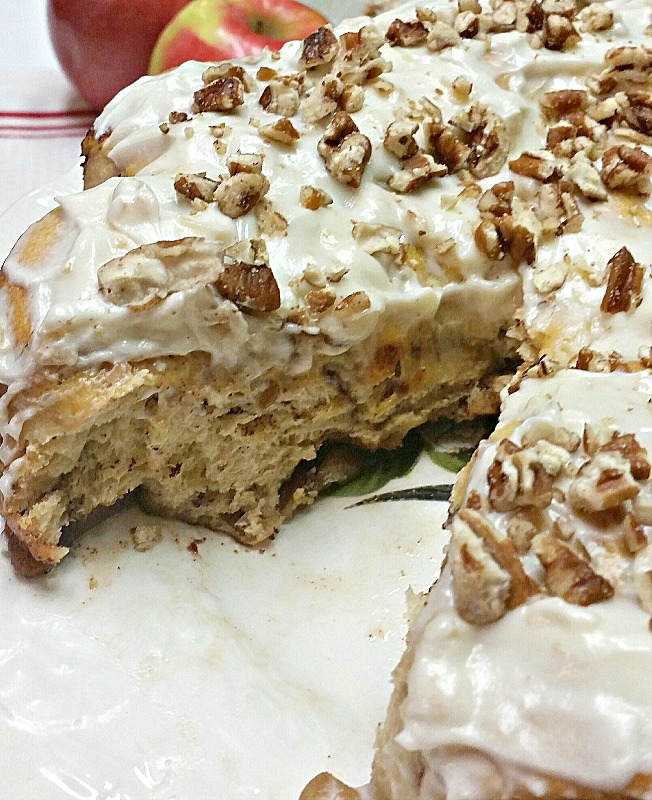 I love cooking with apples and I never get tired of trying new ideas so Fall means lots of apple recipes at our house. They are not all desserts either. Apples are always good when cooked with pork and I have an especially yummy Apple Banana Oat Nut Muffin recipe which is a nice breakfast. 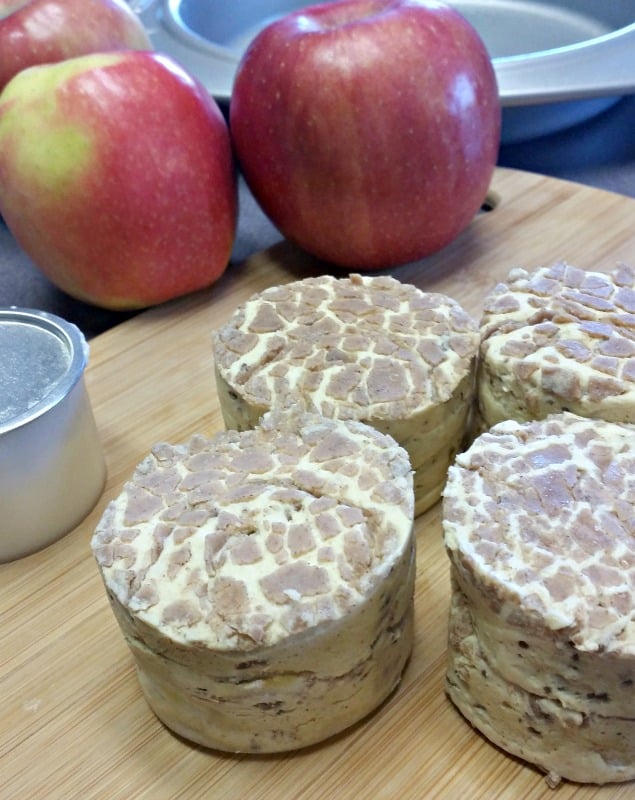 You’ll need two 8 count cans of packaged cinnamon rolls. I prefer the good brand and you can find them in the refrigerated section of the grocery store. They have little bits of cinnamon on top so you know that’s going to be yummy! Set aside that little container of icing because we are going to make it even better! 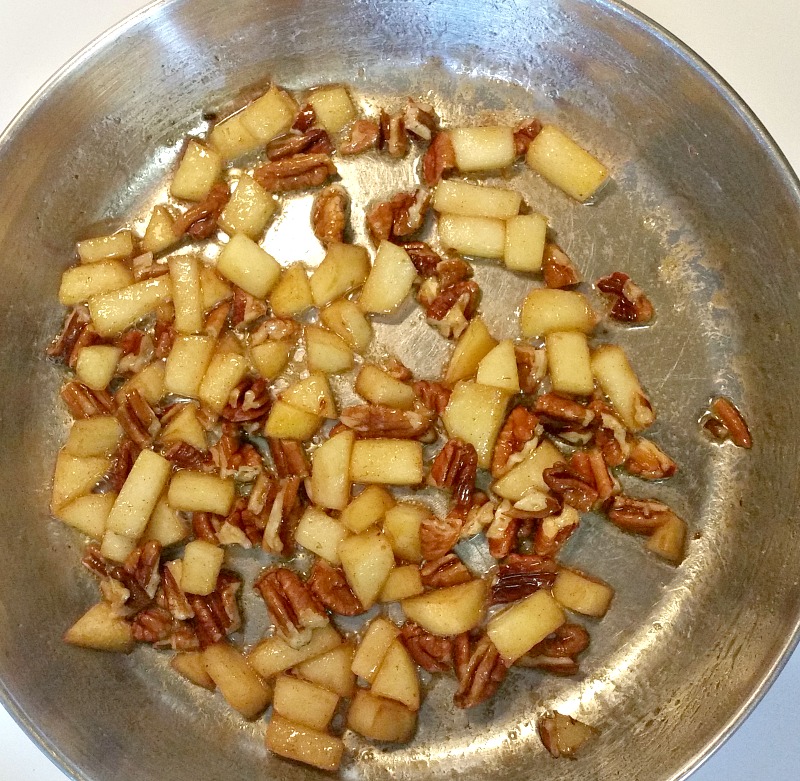 Peel, core and chop one large apple. I use Pink Lady because I love the sweetness. I chopped my apple pieces sort of large. Instead of chopping my pecans in the food chopper, I broke them by hand dropping them straight into the skillet. One Tablespoon of unsalted butter is plenty to give a yummy flavor to your apple pecan mixture which is actually going to become the bottom of our Apple Cinnamon Roll Coffee Cake. Add the lid to the skillet during cooking time and stir often. 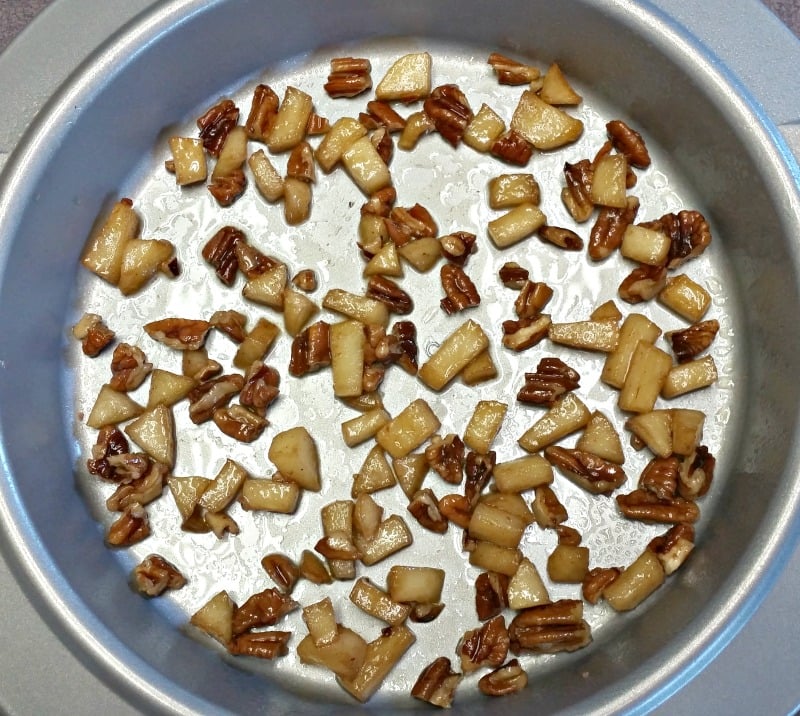 Spread the cooked apple pecan mixture into the bottom of a sprayed 9″ round cake pan. I know it doesn’t seem like that is really a whole lot of goodies in the pan but see the next picture to see how it translates onto the bottom of the coffee cake. 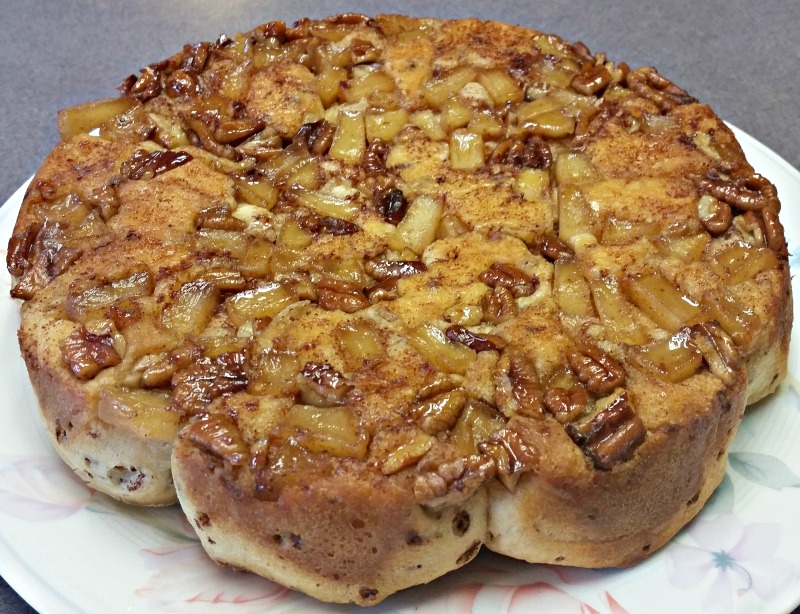 This is the bottom fresh from the oven before I turned it onto the serving dish! You don’t have to always have the good stuff on top, do you? There should be some of this yummy goodness in every bite!

Turn your Apple Cinnamon Roll Coffee Cake over onto your serving dish to ice. 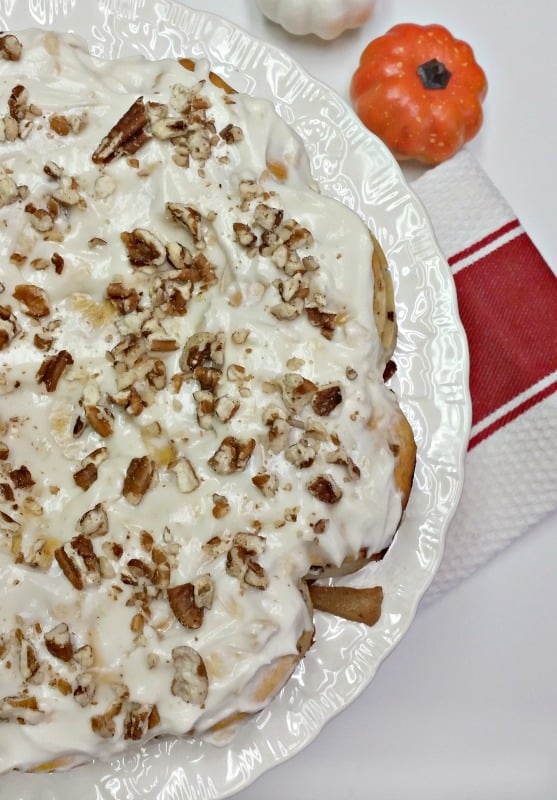 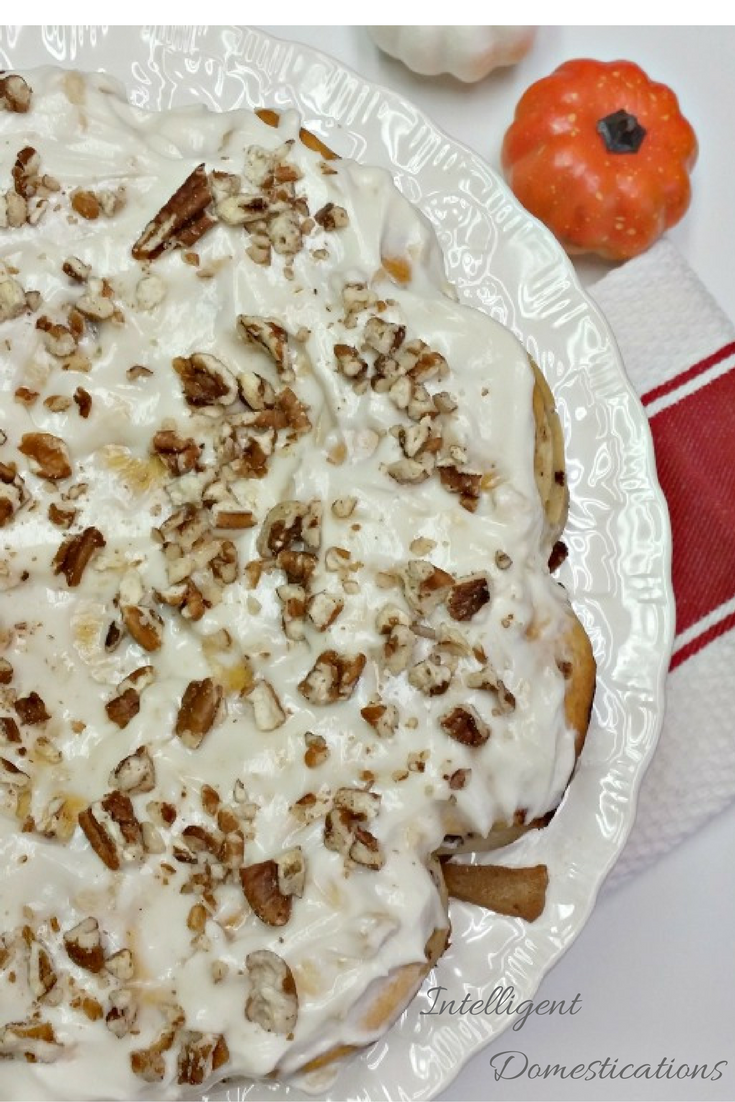 My hubby has declared this recipe a winner so I’m happy. It’s only 7 ingredients and it’s an almost from scratch easy coffee cake for fall. I’ve already been asked to make it again soon for some folks who missed out.

More from our site 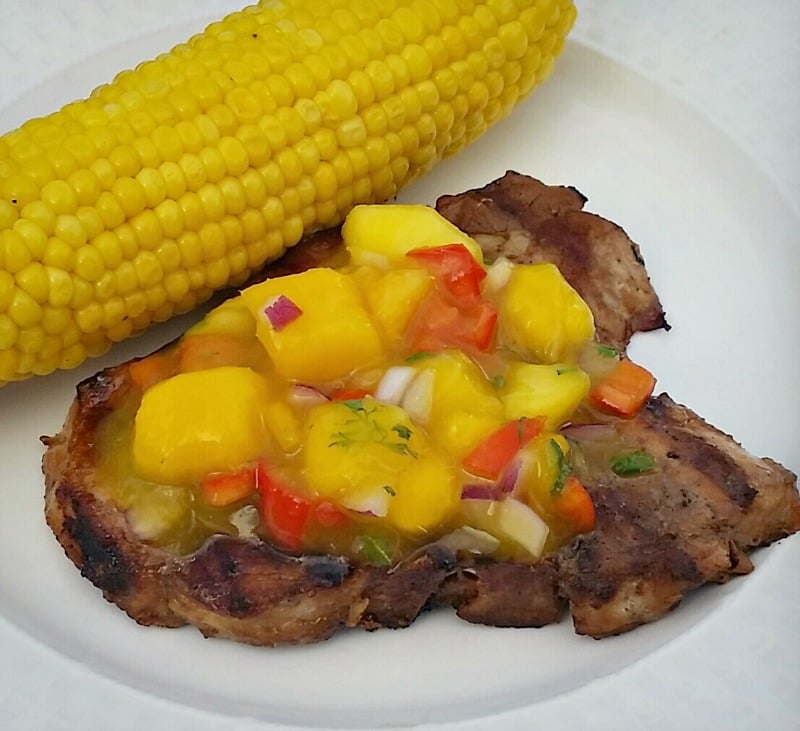