My Mostly From Scratch Homemade Chicken & Dumplings recipe has a lot going for it including the fact that there are only 7 easy ingredients and it’s super easy to make. 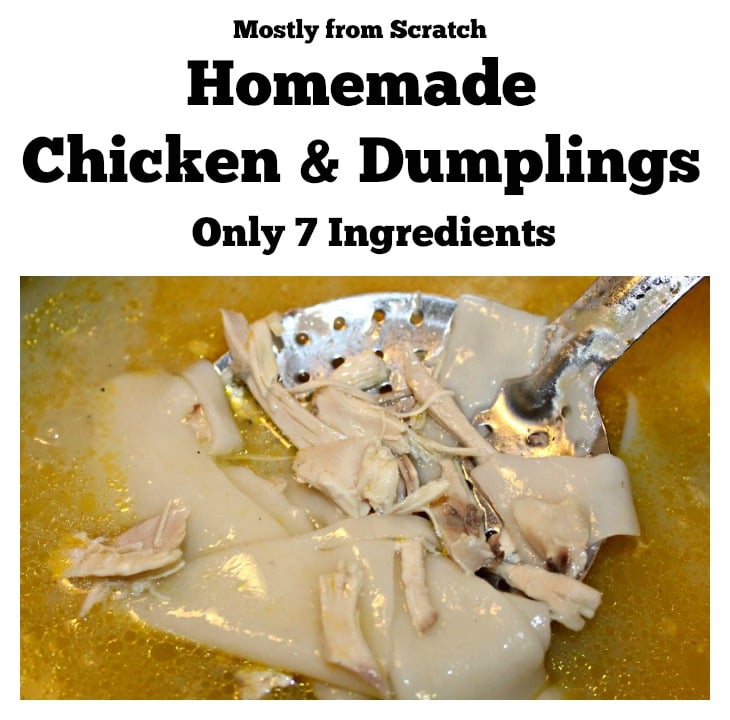 This is one of my Cook Once Eat Twice recipes. I usually boil one hen and make this Chicken & Dumpling recipe one day and my Homemade Chicken Pot Pie the next. My food seems to taste better when I know it’s good for the budget. 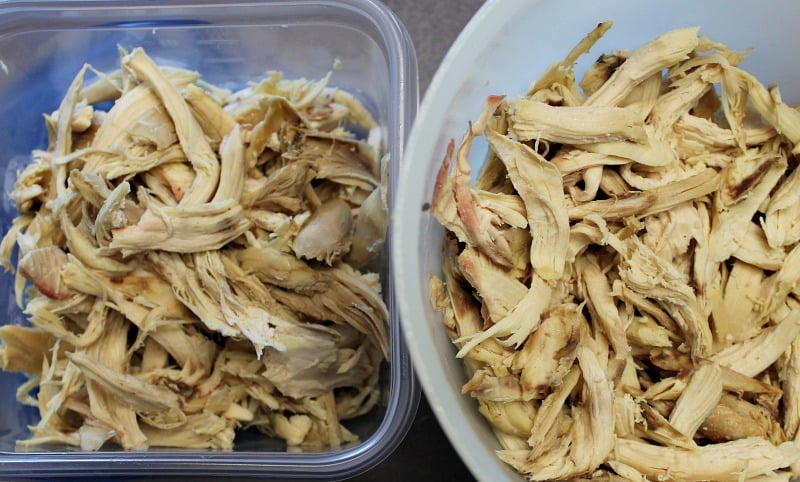 After boiling, draining and cooling the chicken. Pull the meat off the bones and shred by hand into bite size pieces. I divide the meat between two containers, one of which will go into the refrigerator for the next day’s meal. 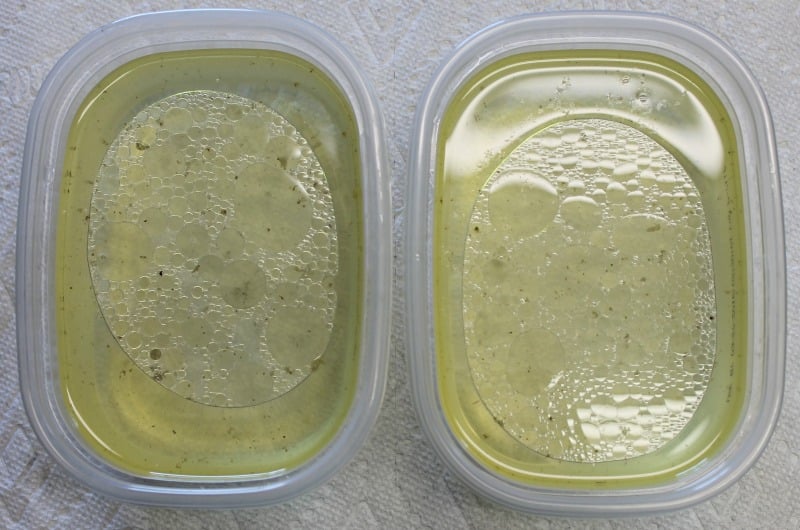 Be sure to scoop out the extra broth. I use repurposed sandwich meat containers for freezing chicken broth. Allow the broth to cool before placing the lid on and freezing. Don’t forget to write the date on top.

Place the broth in the refrigerator for a few hours. The fat will rise to the top so that you can skim it off. You can also do this after thawing frozen broth. 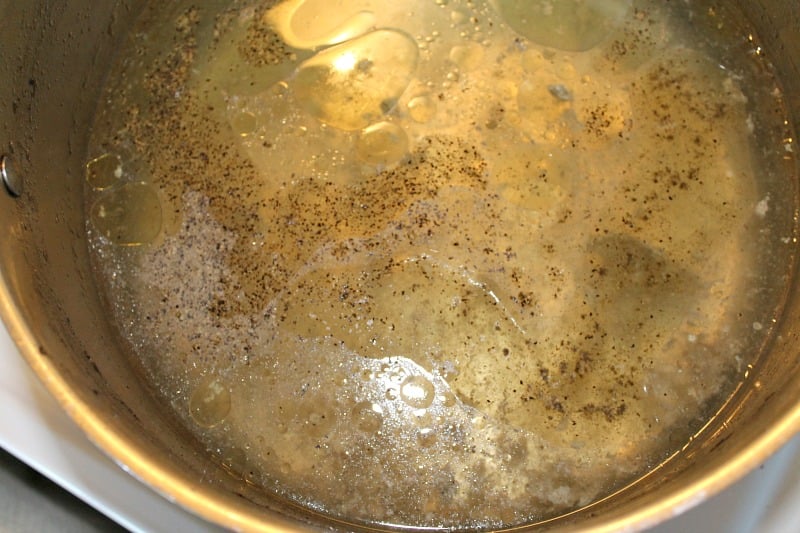 Bring the broth in the pot back to a low boil. Add salt, pepper and sage. I’m a little heavy handed with pepper in my Chicken & Dumplings.

Add one can cream of celery soup and stir well. The soup will add a touch of flavor and also thicken the broth just a little bit. 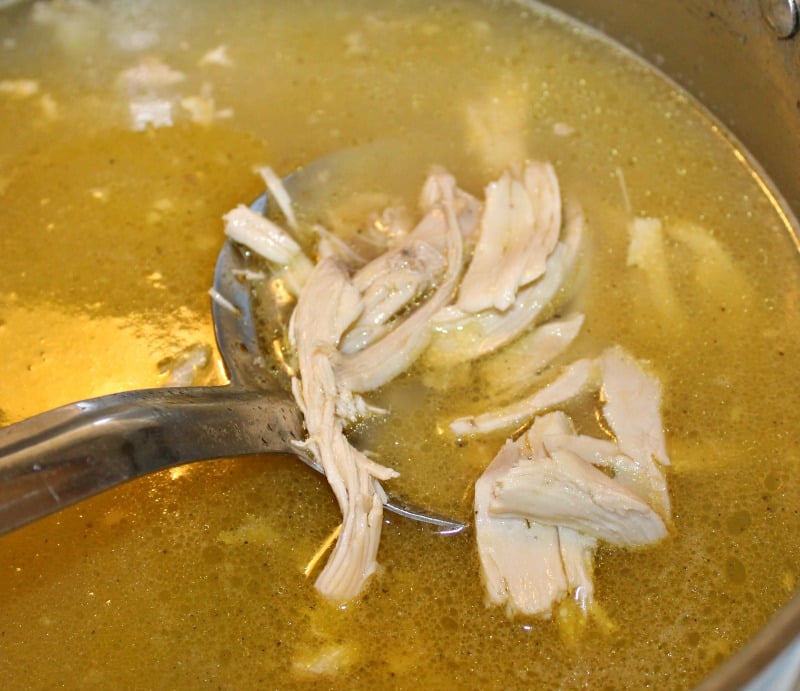 Add the cooked, shredded chicken into the seasoned broth. 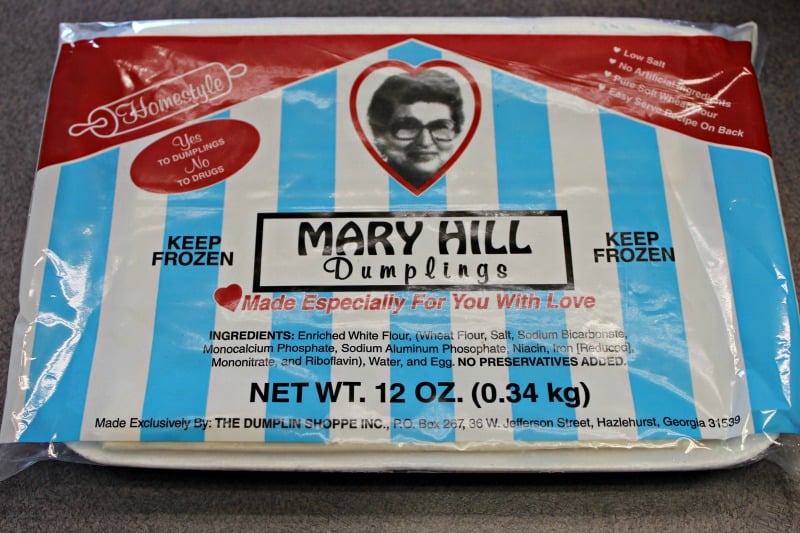 This is my shortcut! You can find Mary Hill Dumplings in your grocer’s freezer. They absolutely taste homemade! Follow the package directions which suggest you microwave for a few seconds to make pulling them apart easier.

Have you ever cooked frozen dumplings?

My Mom was famous for her homemade dumplings but in her later years, she used Mary Hill’s. She said they were almost as good as hers. 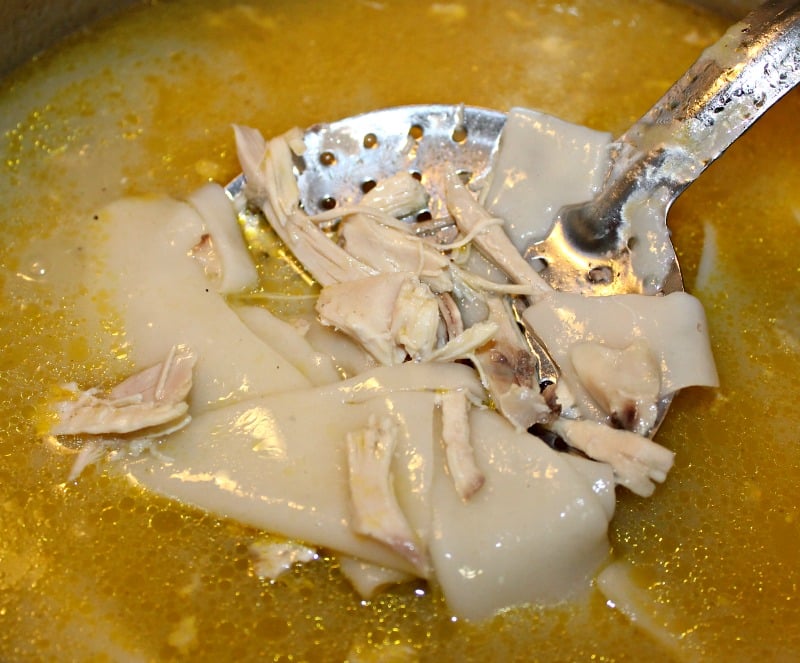 Boil the dumplings until your desired tenderness and according to package directions. Go ahead and get your serving dishes out, you are almost ready to eat! We tend to serve our Chicken and Dumplings in a big wide bowl but a plate will work too. 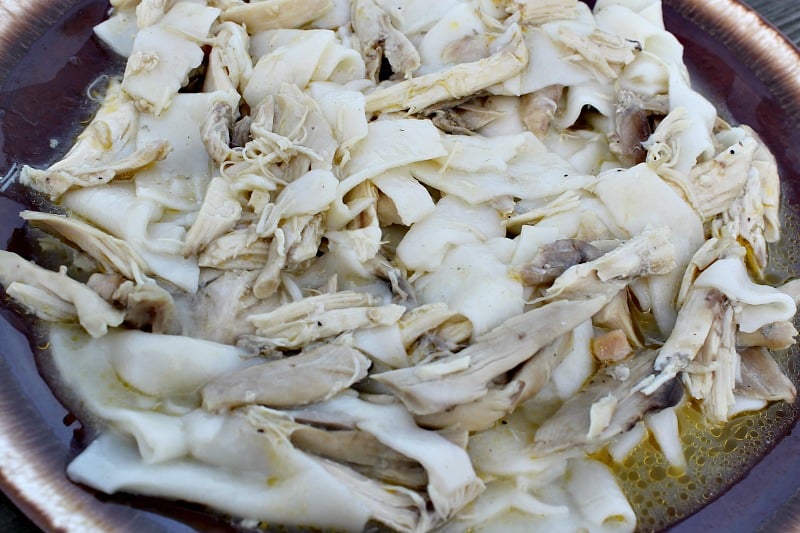 We enjoy our Chicken & Dumplings alone, no side dishes and no bread.

Don’t tell anyone that this stick-to-your ribs, one pot meal is so easy to make! Let them think you’ve been working to prepare this meal for hours and hours! 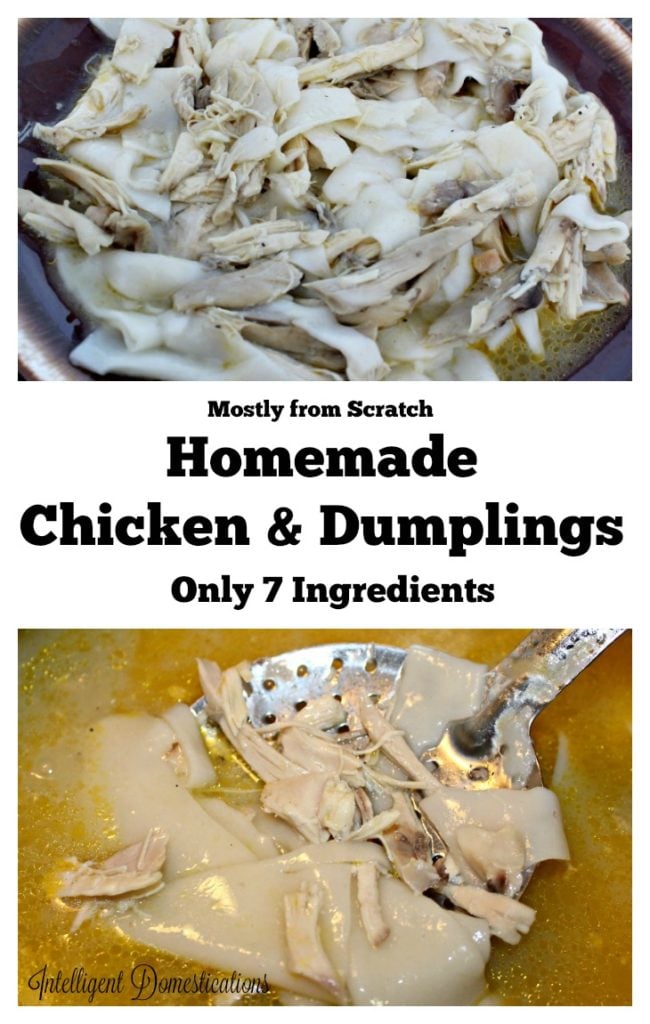