My husband would love it if I cooked spaghetti at least once a week. I have never seen anyone who loves spaghetti as much as he does! 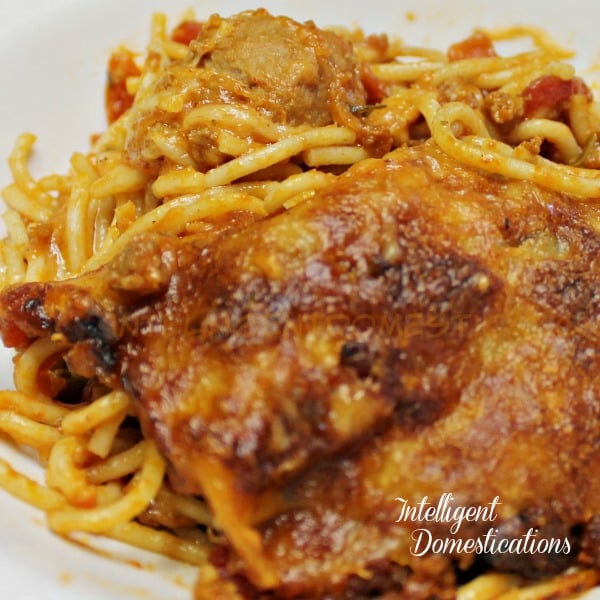 Do you remember eating spaghetti in school? I always looked forward to spaghetti day for some reason. We used to have fund raiser dinners for the Parent Teacher Organization and often those would be spaghetti dinners with a huge turn out.

“The secret is in the sauce!” Do you remember that line from the movie Fried Green Tomatoes? 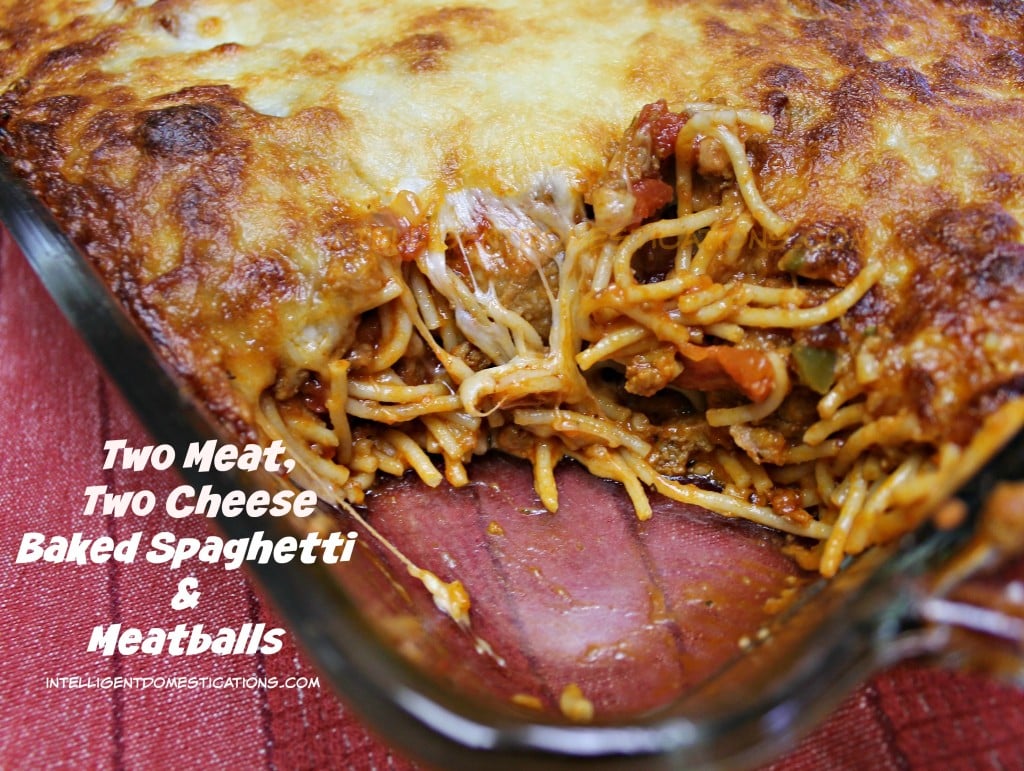 I like to melt the cheese on top until it is just beginning to brown. Who else loves that bite of crusted cheese on top? You don’t have to do that. Just remove it from the oven a little bit sooner if you are not a fan of crusty cheese like me!

Layer beginning and ending with the spaghetti noodles. Reserve about 1 cup of the cheese mixture for the topping. When the dish is hot and bubbly, remove from oven, top with cheese and return to oven just long enough to melt the cheese on top. 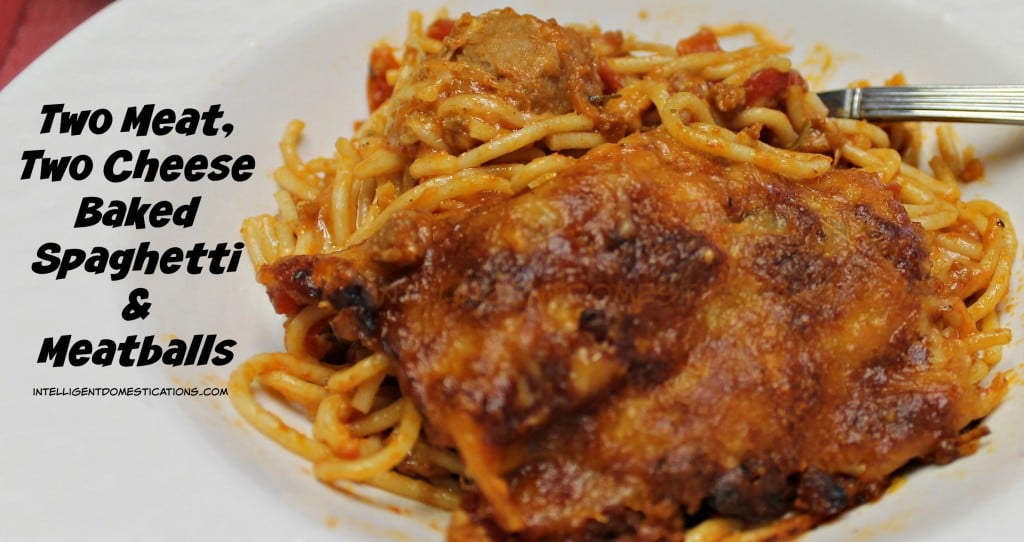 It’s always nice to get compliments from my precious husband when I get his seal of approval on a meal.

I implemented a mealtime rule at our house many years ago. Everyone is required to say something nice about the meal even if they didn’t like it. No rules required for this Two Meat, Two Cheese Baked Spaghetti & Meatballs dinner!

Scroll down for the printable recipe. 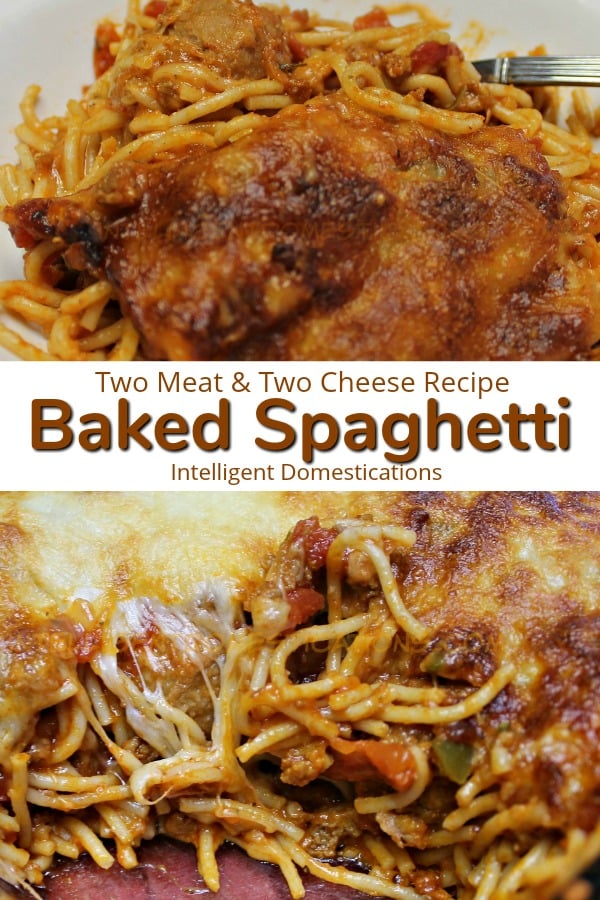 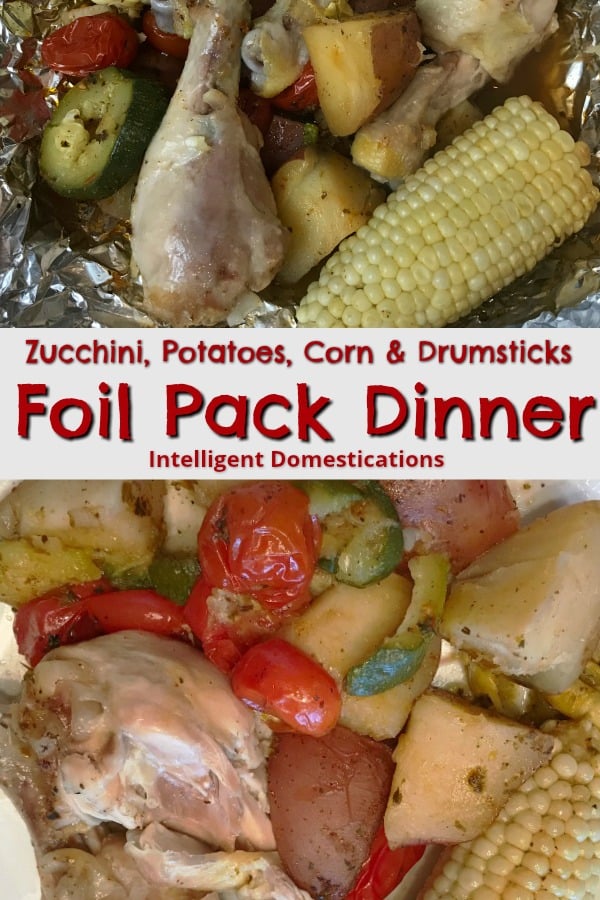 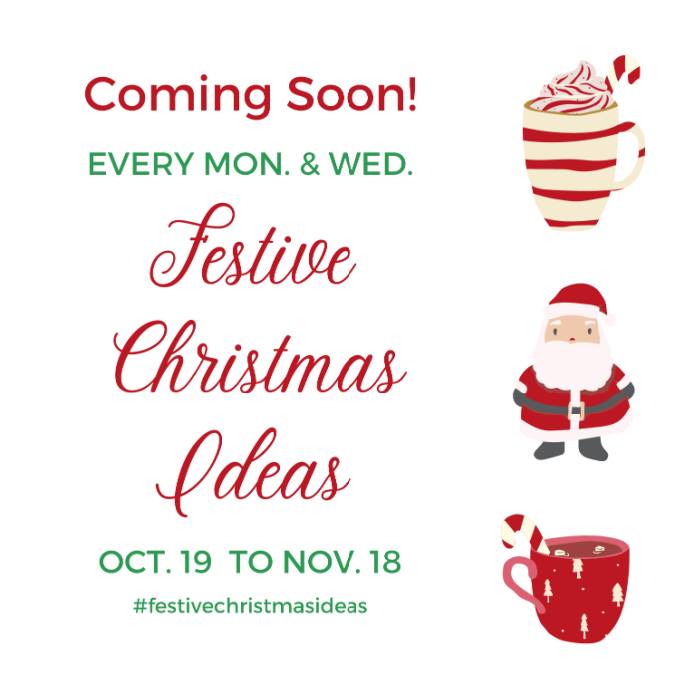