Let me take this time to be perfectly honest with you about the age difference between my husband and I. One of my goals for the blog this year is to write more from a personal level occasionally. Isn’t this a great place to start!  I am going to share all the juicy details!

Get to know us better on my About page here. 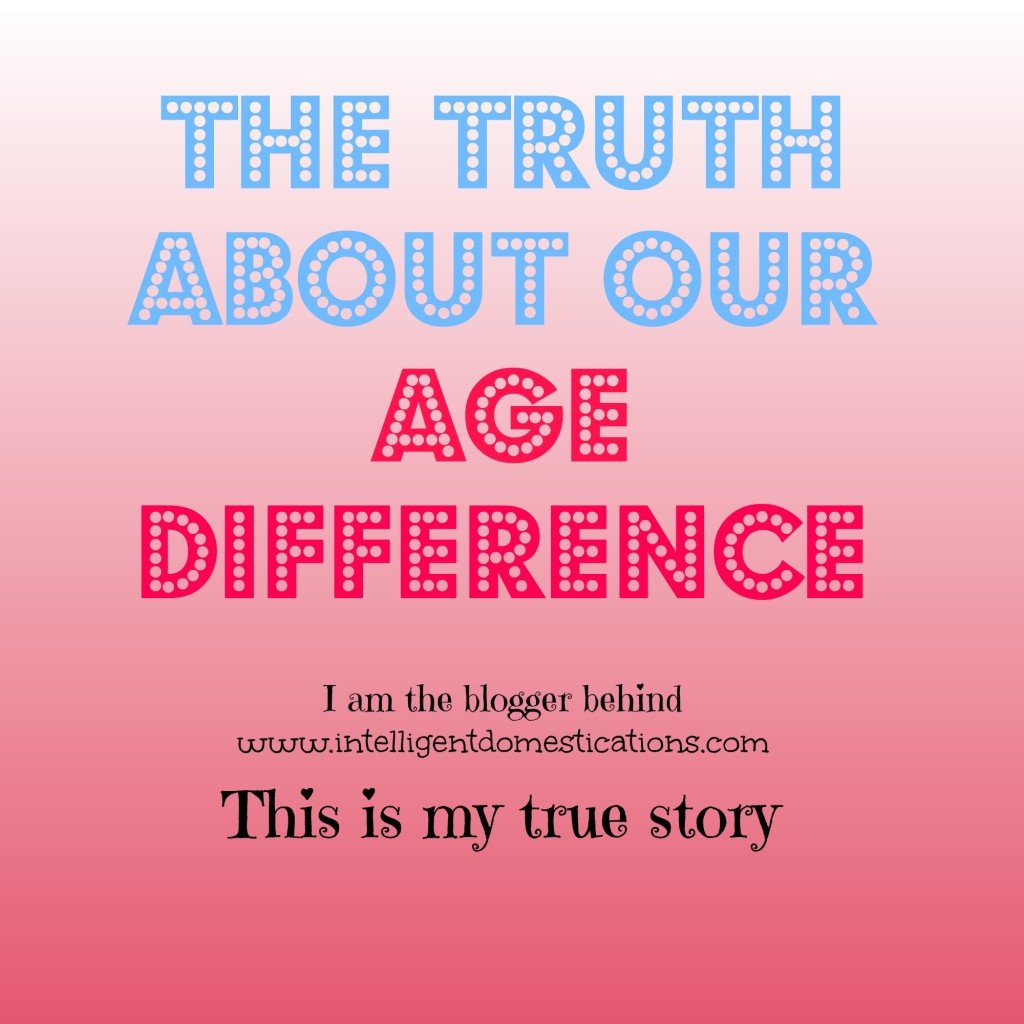 I cannot talk about the age gap without telling you how we met. It was the fall of 1993 and we were both newbie’s at ‘our church’. We sat on the same pew. We were in the same social circle at church which meant that we were often together in social situations outside of church, visiting and talking and getting to know one another as church families do. We generally found ourselves seated side by side in restaurants on Sunday afternoon or Wednesday night. It wasn’t love at first sight. Both of us were experiencing life.

I was newly divorced in 1992 after 14 years of marriage. Life is extremely different for a woman with 2  children suddenly forced to be the sole provider. Single parents wear a lot of hats. I was very busy trying to figure how to provide the basic needs for my little family; food, shelter and clothing. There was no room in my brain for thinking about a relationship with any members of the opposite sex. There just wasn’t. I developed a ‘never let them see you sweat’ attitude in my life. Soon I was working 2 jobs, one full time and one part time as well as selling Avon for extra income.

My parents raised me and my two brothers in church. We always went to Sunday School and we were always ‘active’ in church. For those who may not know, the very best services are on Sunday nights and Wednesday nights. My mother was a Sunday School teacher for many years. My Dad served in the Men’s Brotherhood group. I carried my upbringing right into my own parenting and raised my girls in church as well. In fact it was the reason we were newbie’s at the church where I met my sweetheart.

After the divorce, I changed people, places and things. Divorce is devastating. We all cope in our own way. I had been attending a church where I was bound to run into my former mother in law from time to time. Change was necessary. My good friend, Sheila invited me to her church. Now just let me say this. I was raised holiness, Pentecostal holiness.  Sheila was in a Baptist church. She assured me it was more of a ‘Bapticostal’ type church and I would love it. She was right. I did. It became our new church home.

That is my story of how I came to attend the church where I met my husband. Now Stacy is going to share his story of how he came to meet me.

(As told by Stacy)

I was working a part-time job and trying to decide what to do with my life in the fall of 1993. I had a co-worker who just happened to be a pretty girl. She invited me to church. She was pretty, I went. Men are not complicated creatures.

I had literally never been to church before in my life, and I was very nervous just being there. So, it was happenstance that we, two strangers, came to be sitting side by side on the same pew at the same church. As time passed, I became more comfortable in church and began to expand my “social horizons” beyond the girl who originally invited me and a few other people who attended there that I just coincidentally happened to know.

Shirley and I enjoyed each other’s company. We quickly and easily became friends. As Shirley earlier stated, we were “unofficially” together all the time at various group social outings, but it was never really just the two of us. I knew I really liked Shirley, but didn’t feel that I had much to offer. After all, I was a still living with my parents and had a very low-paying, dead end, laborer type job and no serious actionable plan to change that. Notwithstanding my situation, I asked Shirley out on a date in 1995. She said yes. Our very first date was at a little off the beaten path local restaurant. The date went well; it was as traditional as it could be. I picked her up at her  house in my raggedy 1983 Pontiac Grand Prix. We went to the restaurant for dinner, and I took her back home. We were very comfortable together; there were no acts or false appearances. There would be many more dates to come. People at church would soon begin to whisper, but we didn’t care….scandalous!

There is a nice sized age gap between us. Of course we talked about it. It made no difference to either of us. We both knew that we enjoyed each other’s companionship. We talked for hours at a time about everything under the sun. Anyone who knows Stacy at all, knows that he is a man of few words. Even though he is in fact a little shy, we still talk sometimes for hours on end. One of my favorite things is having coffee together on the front porch just talking about life. We solve the problems of the world and make big plans over our morning coffee.

All of our dates were to church and or dinner. We never once went to a movie together while dating. We had a friend who was an evangelist and local pastor. He would call Stacy and tell him about revivals, camp meetings, song services and jubilee services. Often these type of services would go on for more than a week at a time. We went to all of them!

After dating for about a year, he asked me to marry him. This was a good time to talk more in depth about our age difference. I was more concerned about the affect it may have on his future than mine. We discussed the situation ad nauseum. We agreed to set our wedding date for a year away which would allow us to continue to get to know one another better. We dated for one year, became engaged and dated another year prior to marriage. We did not cohabitant prior to marriage.

Neither of our families said anything negative to either of us at any point in time about our age difference. Our families were a huge part of the progression of our relationship. I was a frequent guest for Sunday dinner with his parents. He was always included in my family’s huge celebrations throughout the year.

No one has ever said anything negative to either of us about our age difference, to our face. We both appreciate that very much.

Society creates social norms which people tend to use as a measuring stick. If you have never been outside of those social norms personally, you may possibly be one of those people who use that measuring stick.  We were visiting the church of a family member once when the preacher actually preached against relationships with an age difference. It isn’t as offensive to be the subject of that sermon as it is to know that he missed an opportunity to preach to lost souls about the sweet love of Jesus, salvation and the opportunity for eternal life through our Lord.

The truth about our age difference is that it does not matter.

My husband and I are being honest about our age difference!

July 11th of this year we will celebrate 18 years of marriage. 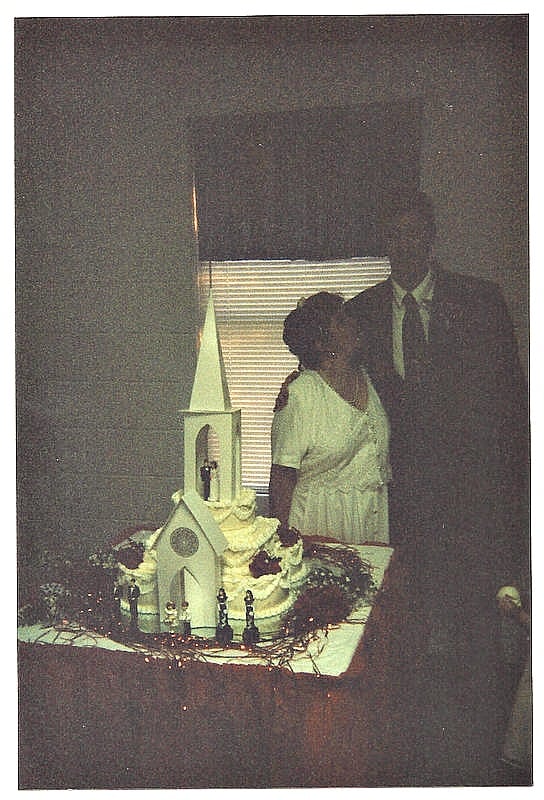 I do realize this is a terrible quality picture to share. Our wedding predates ownership of a digital camera. Photo quality has come a long way. 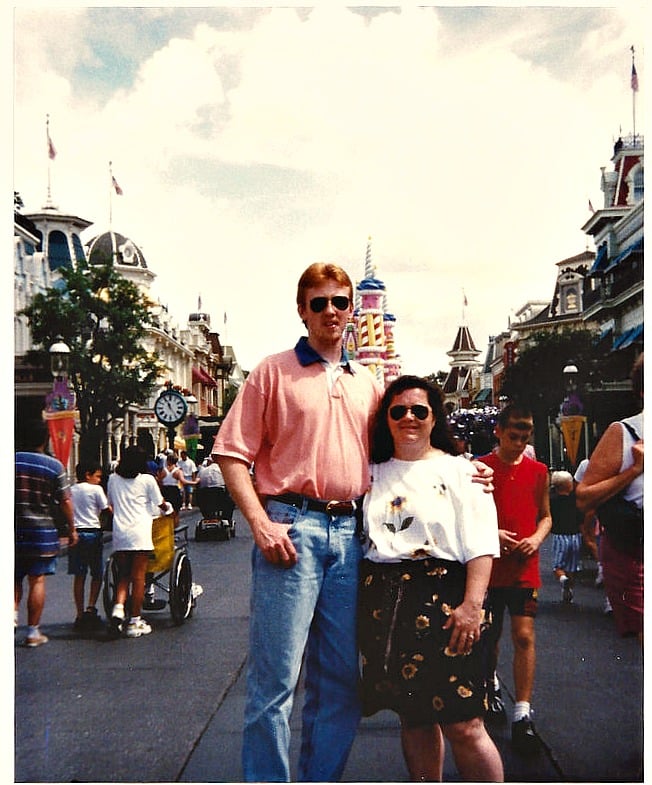 We went to Disney World for our honeymoon. 1997 was the 50th anniversary for Disney so Cinderella’s castle was decked out like a cake as you can see behind us. How do you like that sunflower outfit! What a hoot! Aren’t we cute with our matching sunglasses! 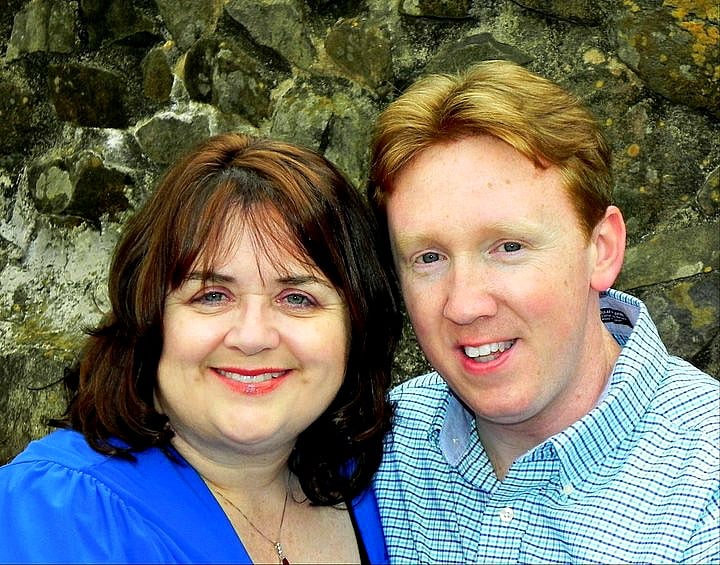 This picture is actually from 2011 but it is one of my favorites.