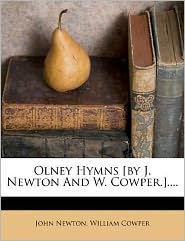 This is the first in a series of posts dedicated to the hymn book. The practice of praise and worship prior to the preaching part of Sunday services in church is one of the most favored parts of the church service. Many of today’s modern church services have gotten away from the hymnal and thus those wonderful old hymns. This is not to say that today’s praise and worship songs don’t hold value, some are quite moving. Most hymns are like sermonettes. Many were penned because of a compelling historical background experienced by the writer. Amazing Grace is one such hymn.
Amazing Grace is likely the most recognized of all hymns crossing the great divide of denominations. Written by John Newton who was enslaved as a youth. He lived a hard life aboard slave trade ships from which he escaped. He was captured, publicly flogged and sent back. He eventually became the servant of a slave trader during which time he was abused. He penned a portion of the words to Amazing Grace while out at sea during a particularly bad storm which he believed would take his life. It was during this storm that Newton turned his thoughts and prayers to God.
Amazing Grace is believed to be a hymn included in a series of songs written by Newton and his friend William Cowper, a poet. Newton and Cowper wrote songs for weekly services Newton conducted after being ordained as a Bishop. Newton and Cowper published their hymns as the Olney Hymns. Their first publication was circa 1779. It is believed that many writers have since contributed additional lines to the original version of Amazing Grace.
You can read more about John Newton in the book John Newton: From Disgrace to Amazing Grace available in Kindle edition or written print.

1. Amazing grace! How sweet the sound
that saved a wretch like me!
I once was lost, but now am found;
was blind, but now I see.

2. ‘Twas grace that taught my heart to fear,
and grace my fears relieved;
how precious did that grace appear
the hour I first believed.

3. Through many dangers, toils, and snares,
I have already come;
’tis grace hath brought me safe thus far,
and grace will lead me home.

4. The Lord has promised good to me,
his word my hope secures;
he will my shield and portion be,
as long as life endures.

5. Yea, when this flesh and heart shall fail,
and mortal life shall cease,
I shall possess, within the veil,
a life of joy and peace.

6. When we’ve been there ten thousand years,
bright shining as the sun,
we’ve no less days to sing God’s praise
than when we first begun.
﻿

Follow Me
Shirley Wood
Hi, I'm Shirley; recipe creator, crafting enthusiast and penny pincher from way back. Join me on my journey of domestic living and isn't everything domestic!
Follow Me
Latest posts by Shirley Wood (see all)
« Ebates Gives You Money
Curves® Sneakers Product Review »